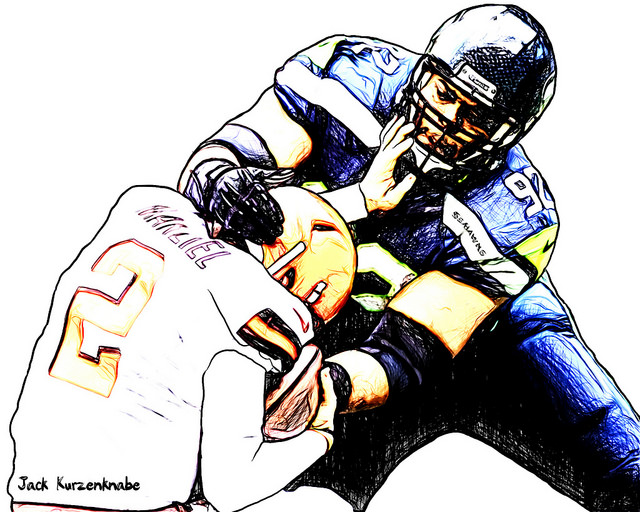 I might as well share the comment that got me started. It was in response to the article, “Browns players tired of ‘no talent’ comments.” While you should be able to find it at the link, it is buried, so I’ll post it here:

I’m a Seahawks fan, but on the occasions I’ve listened to Browns games, I’ve been struck by their inability to finish, which I take as a mental, possibly spiritual problem even more than a physical talent issue. My team might be on a down year, but they know better than to count themselves out of any game. It’s part of why I love them even in defeat. It is also how the Patriots came back to win last year’s Super Bowl after being down so much to the Falcons, that they also have this trait of champions.

I’m not trying to get on my high-horse, though, since as a young athlete (often by force in P.E.) I was more like I suspect the Browns and their fanbase are in that I saw myself as a hopeless loser, even though I always tried. Despite the fact that I was terrible, though, I enjoyed sports, so after barely picking up a basketball in 15 years, and after God taught me some important things about mental state, I signed up for an adult practice session. An early drill was to go around the gym, trying to get a layup at each basket, something I’d never really figured out how to do. Having a healthier mental state made all the difference, though, and I actually hit like 1/3 to 1/2 of them. After 15 years!

Therefore I was struck by something last year. While I am a ‘Hawks fans, deep down I have a hard time wishing anyone ill, so when I watched the documentary on last year’s horrific Rams team (“All or Nothing” I think it was), I was struck by how lacking in humility and respect their coaching staff was to their players. I related because much of my own personal problems stemmed from a mentally abusive ballet instructor I’d had from an early age, that would shame me into performing in the moment via fear and power, while consequently destroying my sense of confidence going forward. I was therefore glad for the players, to see that all of the coaches got canned but the one who actually treated his players well, John Fossil, who interestingly continues to coach a very successful special teams unit for LA. (Be careful what you wish for, huh? Darn empathy!) When the show then followed up with where all the coaches ended up though, I cringed; the very worst, most disrespectful coach of the bunch got hired by the Browns!

Therefore, whatever the Browns talent level, I don’t think you can fairly blame the players when you hire coaches such as that. The Browns need to be looking for their own Pete Carrolls, not Jeff Fisher’s worse than himself assistant. I will say, though, that I don’t know much of anything about what Hue Jackson is like (or Bill Belichick, for that matter), but it doesn’t suggest anything good if that is the kind of help he is enlisting.

Well, I wasn’t planning on starting a blog (Pro Football Talk made me do it!), but not a bad idea. I’ve been getting frustrated by Field Gulls’ no-discussion-of religion policy. I get why they have it, but to me football is a spiritual endeavor, and I have to block out much of who I am and want to say to post there.

Probably no one will ever read it, but you never know.